Order for
Your shopping cart is empty.
Order for

FOREVER PLAID June 20th to July 12th   Enjoy some of the best nostalgic pop music of the 1950’s in our fun-filled production of FOREVER PLAID. Way back at the onset of the rock and roll age, four lovable goofs met in the basement of a plumbing supply company - to sing in shimmering a-cappella harmony. It was their dream to share this sound with the world, to climb the ladder of musical success, first through Hilton Cocktail Bars and International Houses of Pancakes, and finally to the hallowed halls of Radio City and Carnegie. But on the way to their dream, the humble fellows were fatally broadsided by a bus full of students from Our Lady of Harrisburg on their way to see The Beatles in concert. The meek boys with the hidden talent may not have thrived in this new age, but they’ve been given one chance to shine before walking through the pearly white gates - sixty years later in a concert for you! 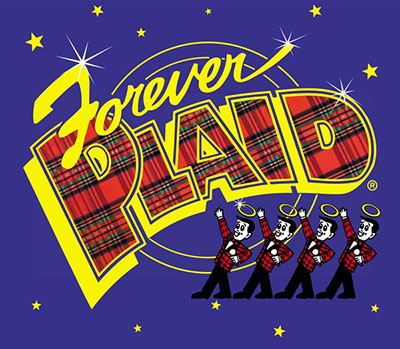